We had a small group last night. Jim begged off, citing some nonsense about “my wife’s birthday.” (Whatevs.) Dave is on Impending Baby Watch, so he decided to stick close to home. Ken arrived first, and for a time, it looked like it might just be the two of us – and then, just as he was breaking out Hannibal: Rome vs. Carthage for the two of us to play, JR and Jesse arrived. None of the other seminarians (whose names also begin with J, strangely) showed up, so it was just the four of us.

JR brought a new game, Rise to Power, a card game of city building and expansion from an Australian two-man game company called Rule & Make. The game mechanics are simple: Everyone starts with a Power Plant and a couple of cards representing different values and colors of PRISM (energy), and builds a grid of city districts around it. At the end of he game, districts are worth a specified number of points, to which players add any “agenda” goals they managed to obtain during the course of play. Most points (shocking, I know) wins.

We played with the expansions that JR got with the game, including CEOs. Each player was given a CEO with two powers: a one-use power and a passive power that came into effect after the one-use power was triggered and stayed in effect for the remainder of the game. Ken’s CEO’s passive power gave him a lot of extra Action Points to work with, and as a result, for most of the game, he was running away with it. I managed a highly lucrative final turn, though, and managed to pull out a victory. [Victory Lap!] We all agreed that the CEOs are not properly balanced, and the game would play better without them.

All told, including rules reading, the game took us less than 90 minutes. The game can hold up to six people, but the consensus was there would be too much downtime with more than four. Nonetheless, we all enjoyed it and would play it again.

Il Vecchio is an old favorite from Rudiger Dorn, published by Tasty Minstrel Games. (Their website is under construction, so the link goes to their BoardGameGeek page.)

In Il Vecchio, players send family members to towns around the Tuscan countryside to gather followers (Assassin, Monk, or Soldier tokens), favors (carriage and bishop tokens), money, and scroll tokens. With the proper combinations of followers and money, a player can place a family member in a position of influence in one of three provinces – but as the provinces fill up, the value of the next position declines while the cost to place there rises. The provinces also provide special single-use powers. Using scrolls (and possibly money), a player can place a family member on one of two tracks in Florence – the city track, which grants a favor the player can use for the rest of the game, or the nobility track, which grants end-game bonus points.

The game mechanics are interesting. The type of token obtained in a given town is determined by a “Middleman” marker; when used, the marker then moves clockwise to the next appropriate town on the board, meaning planning ahead is crucial. As each family member performs an action, it is laid on its side and cannot be used again until the player uses an action to “recover” – that is, to stand up all their family members. A bishop token allows the player to prevent the Middleman from moving and let the family member remain active.

At certain points along the province and Florence tracks, placing a family member results in the player taking a Medici token. Each Medici token has an immediate effect that usually screws up everybody’s planning, and counts as a victory point for the player who took it. The Medici tokens also act as the game clock – when the last one is taken, the players have final turns, and then count their scores.

The mechanics work in such a way that everybody feels frustrated at some point, usually because you have just missed an opportunity by one turn and someone has moved something out from under you. Money is hard to come by; it takes multiple turns to gather the tokens you need, and in the meantime, other players are likely to disrupt your careful planning. There are limited opportunities (using starting bonus powers and Florence city powers) to create an engine of sorts, but this is not really an engine-building game.

Once again, Ken appeared to be running away with the game, due to a starting bonus that kept him in carriage and bishop tokens and provided a stream of money. JR, Jesse, and I all felt stymied at multiple points. In the end, Ken did win, but by a margin of only four points. The rest of us were one point apart. I took third place, which frankly surprised me, because I had thought I was much farther behind.

All in all, a low-key game night, with one good and one great game.

Here’s a handy flow-chart to help you decide which books in Skyrim are worth reading. It’s a little different from my personal decision tree, but it’s not bad. 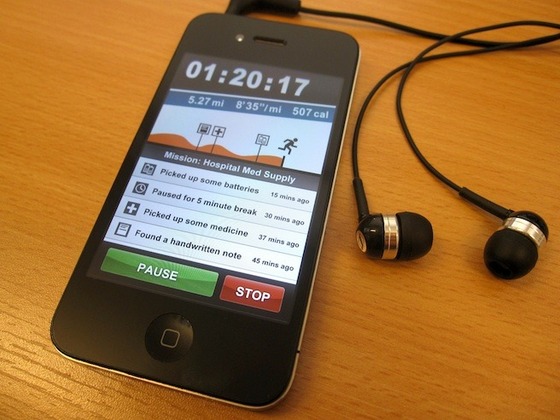 As ridiculous as it sounds, this kind of thing might even get me to start running.

This looks like a blast: a live escape game. Wish someone would do this here in Chicago. (Hmm…)

My God, it’s full of fiddly…

…a thousand times as good as the odds of me ever getting this in my home. But oh do I want one.